CELEBRATING A DECADE OF SUCCESSFUL COLLABORATION, WHILE LOOKING TO THE FUTURE

This year, still in the midst of the pandemic, the AHA Centre turned 10. A young age, but the Centre has gone through challenges in the past decade and transformed into a strong ASEAN regional organisation. To commemorate its 10th anniversary, the Centre hosted a virtual Partnership Forum on 26 November 2021. This event was designed to celebrate the partnership that has been forged over the years and to express appreciation to all partners and stakeholders for their support for the Centre and the region.

Attended by 195 participants from national disaster management organisations (NDMOs), Dialogue and Development Partners and partners of the AHA Centre, the Forum also provided an opportunity to the participants to learn more about the outcomes of their support through an exhibition of the AHA Centre Work Plan 2025.

Secretary-General of ASEAN H.E. Dato Lim Jock Hoi highlighted several significant achievements of the AHA Centre in the past 10 years, including the establishment of the ASEAN-Emergency Response and Assessment Team (ASEAN-ERAT), the Disaster Emergency Logistics System of ASEAN (DELSA), and the ASEAN Village in Palu, Central Sulawesi, Indonesia. “I also appreciate our close collaboration in responding to several major disasters, especially in helping alleviate the difficulties faced by the people of ASEAN through effective coordination with internal and external stakeholders,” said Dato Lim Jock Ho, who is also the ASEAN Humanitarian Assistance Coordinator (AHAC), during his opening remarks.

He also particularly acknowledged the role of the AHA Centre in the implementation of Point Four of the Five-Point Consensus agreed by the ASEAN Leaders Summit in April this year. Through the stewardship of and collaboration with the Myanmar Red Cross Society (MRCS) on the ground, medical supplies and ASEAN relief items have been distributed to the People of Myanmar. “This is testament to the AHA Centre’s successful and transformative role beyond its usual mandate,” he added.

Chairman of the Governing Board of the AHA Centre, Commissioner Eric Yap from the Singapore Civil Defence Force (SCDF), mentioned that most recently the AHA Centre had also supported several ASEAN Member States in their COVID-19 response through the delivery of relief items from the ASEAN stockpile and donations from partners. “Partnerships play a vital role in the success of the AHA Centre. Cooperation with the ASEAN Dialogue Partners and international organisations has strengthened the operational function of the AHA Centre,” he emphasised.

The main item on the agenda of the Partnership Forum was the AHA Centre’s workplan exhibition. During this activity, the participants were directed into several breakout rooms, designed based on Priority Programmes (PPs), and had the opportunity to interact and comment through online tool Padlet. Each breakout room was facilitated by designated AHA Centre staff.

Executive Director of the AHA Centre Mr. Lee Yam Ming highlighted that the Partnership Forum was a platform to communicate with all partners who have been supporting the Centre, as well as potential new partners. “We’ve hosted this [Partnership Forum] as we regard our partners as important stakeholders in our efforts to achieve regional resiliency against disasters,” he said during his opening remarks. This year’s Partnership Forum, said Mr. Yam Ming, took on an additional important meaning as the AHA Centre turned 10 years old.

The establishment of the AHA Centre, he continued, reaffirmed ASEAN’s commitment to counter natural disasters through the mechanisms of regional cooperation under the guidance of the ASEAN Committee on Disaster Management (ACDM). “The Centre has achieved a lot of things through provision of assistance, the development of systems and mechanisms that have contributed to the further enhancement of disaster resiliency in the region, and facilitating learning and knowledge exchange,” he concluded.

During the Partnership Forum, the AHA Centre also launched the Story of the AHA Centre video, which captured the journey of the Centre from the inception stage to the current era of transformation. Greeting videos from the ACDM, dialogue and development partners, and partners of the AHA Centre were also played during the event. 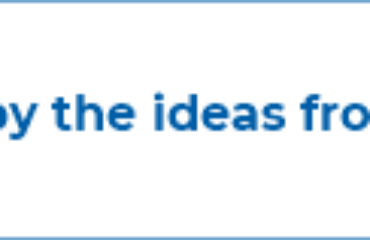