In conjunction with the celebration of the 44 years of partnership between the two regions, the European Union (EU) Mission to ASEAN officially launched the EU-ASEAN Blue Book 2021 on Friday, 7 May 2021. The sixth edition of the Blue Book highlights the cooperation between the two regions, including the partnership with the AHA Centre through the Integrated Programme in Enhancing the Capacity of the AHA Centre and ASEAN Emergency Response Mechanisms (EU-SAHA) project.

The EU Ambassador to ASEAN H.E. Mr. Igor Driesmans explained that the book illustrated how the diverse cooperation had a tangible impact on individuals and communities. “The EU and ASEAN became strategic partners based on our shared values of effective multilateralism and rules-based international order. We have come so far as partner regions, having stepped up our relations to strategic economic, political, development and security cooperation,” he said during the virtual launch.

One of the important elements of cooperation highlighted in the book is how to reduce disasters caused by natural hazards. The chapter features the EU-SAHA project, which was officially launched in January 2020. The EU provided support worth EUR 8 million aimed at strengthening the capacity of the AHA Centre, to achieve operational excellence in disaster monitoring and emergency response. This project is implemented through a combination of a direct grant to the AHA Centre, as well as capacity building by EU Member States’ civil protection agencies through the LACER project.

Executive Director of the AHA Centre, Ms Adelina Kamal, quoted in the book chapter, stressed that the project would also benefit the ASEAN Member States through its support for a number of capacity-building activities, workshops and other events. “The support from the European Union through this project is crucial for the AHA Centre to ensure its continuing development. It allows the Centre to develop its internal mechanism and expand at the same time,” she said.

The book also highlighted a success story from the LACER project as part of the EU-SAHA programme. Implemented by the Swedish Civil Contingencies Agency (MSB) and the Estonia Rescue Board (ERB), LACER provides capacity-building support to the AHA Centre through a series of knowledge-sharing activities. The first phase of the project is designed to lay the foundations of the project’s work with the AHA Centre.

“It’s important to build our relationship with the AHA Centre on trust, and despite the pandemic we have managed to do just that.”
Mr. Carl Johan Breitholtz, LACER project manager, concluded. 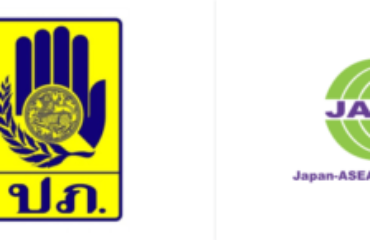