In a signing ceremony that was held virtually during the AADMER Partnership Conference (APC) on 8 June, 2021, the AHA Centre signed two agreements that will strengthen disaster management in the region.

As the primary regional coordinating agency in disaster management in the region, the AHA Centre in cooperation with the Department of Disaster Prevention and Mitigation of the Ministry of Interior of the Kingdom of Thailand (DDPM Thailand) will work together to ensure the speedy efficiency and scale of the ASEAN response in the Mekong sub-region. The Memorandum of Understanding (MoU) between the AHA Centre and DDPM Thailand involves the establishment of the DELSA satellite warehouse in Chainat, Thailand to house the ASEAN stockpile for immediate deployment in the neighbouring countries of Cambodia, Lao PDR, Myanmar and Viet Nam. The warehouse was officially launched in 2019. Right after the launch, the AHA Centre and DDPM Thailand have worked closely in operationalising the warehouse, including deploying relief items to support COVID-19 response in the Mekong region.

Director-General of DDPM Thailand Mr. Boontham Lertsukekasem said that the establishment and operationalisation of the satellite warehouse in Chainat was in line with the Roadmap for Enhancing ASEAN Emergency Logistics, which aims to advance ASEAN’s long-term vision of achieving a faster response, more resources and stronger coordination for a collective response. “We expect that the establishment of the satellite warehouse will play an important and critical role in ensuring a timely and effective ASEAN response,” said Mr. Boontham.

The AHA Centre also signed a Memorandum of Intent (MoI) with Singapore’s Temasek Foundation on cooperation and the exchange of expertise in the field of disaster management and emergency response in the ASEAN region. The cooperation aims to assess risk, to improve the readiness to respond and to build platforms for information exchange and the coordination of logistics.

Chief Executive of Temasek Foundation International Mr. Benedict Cheong explained that there was scope for much greater collaboration and coordination in disaster response among the many stakeholders in the ASEAN communities. The MoI will take the partnership of the AHA Centre and the Temasek Foundation to the next level with a better exchange of information and more meaningful collaboration.
“We look forward to working hand in glove with the AHA Centre to build more crisis-resilient communities in the ASEAN region. Ultimately this will lead to a better shared future for all in the ASEAN region, and indeed in Asia and beyond,” Mr Cheong added.

Executive Director of the AHA Centre Ms. Adelina Kamal expressed her gratitude on behalf of the AHA Centre and ASEAN Member States for the MoU with DDPM Thailand and the MoI with the Temasek Foundation, as well as the Government of Japan through the Japan-ASEAN Integration Fund (JAIF), for its generous support and contribution to the establishment of the satellite warehouse. The DELSA satellite warehouse in Chainat, along with its sister in the Philippines and the regional stockpile in Subang, Malaysia, is an integral part of ASEAN’s collective response. “Moving forward, I hope that the DELSA satellite warehouse in Chainat can also serve as a platform for other partners and the wider ASEAN community, including the ASEAN people, to contribute to One ASEAN One Response”, Ms. Adelina said.

Collaboration with the Temasek Foundation started during the response to the triple disasters in Central Sulawesi, Indonesia, in 2018 and continued recently with the Temasek Foundation donating 1.5 million reusable masks through the AHA Centre. Furthermore, the Temasek Foundation was one of the partners in the Humanitarian Emergency and Logistic Innovation Expo (HELiX) held in May. “I am confident that our partnership will grow even stronger, because in the past three years, we’ve built trust and familiarity, as well as shared mutual passion, to make our region more disaster resilient. And these for us at the AHA Centre are the key ingredients to successful partnership,” Ms. Adelina concluded. 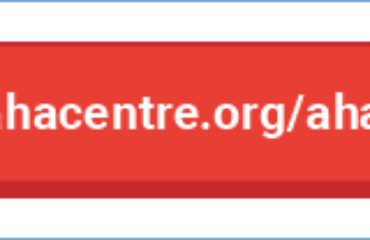