At first glance, Lawrence Anthony Dimailig, “LA” to his friends and colleagues, could still pass for a university student. But his youthful looks belie his years of experience in disaster and risk management, his passion for it and how he regards it as his life’s calling.

These were the important experiences that led LA to pursue humanitarian work and disaster management. But his journey in this field started much earlier, while he was pursuing a degree in geography. He developed his skills at mapping and spatial analysis, which eventually led him to humanitarian work. “Mapping is my craft,” he says. “After university, I entered into public service in May 2013. Five months into my first job, I was asked to map all evacuation centres in Zamboanga after the military siege, then again in Bohol when the big earthquake struck the island. I was tasked with mapping all evacuation centres, doing some logistical planning so that the delivery of relief items was efficient.” This was the first time he used his skills for disaster management. This was the point when LA realised that his craft of making maps could actually touch people’s lives. And that was just the start.

LA joined the AHA Centre in January 2019 as a Disaster Monitoring and Analysis Officer. Seven months later, he was promoted to Assistant Director for Disaster Monitoring and Analysis. “It opened up new perspectives to me. The AHA Centre is a coordinating centre that has the regional advantage and unique opportunity of linking one country to another. We do things on a broader scale. We have the time to step back, see the bigger picture, propose new things to make disaster management better and improve the knowledge base.”

He adds that there is more access to resources and higher technology, but realises that a disaster response has to be contextualised. “Things that can work in the Philippines may not work in Indonesia. There are some things that can work in a certain way and you can import knowledge from one country to another.” At the AHA Centre, LA feels he can also help facilitate learning. His first field deployment as ASEAN-ERAT was to Sulawesi in 2018, and his most recent was in 2019 to Lao PDR before the pandemic broke out.

In between humanitarian work, LA finds time to pursue another passion, free diving. Initially, the blue waters of the sea evoked thoughts of the endless deep and its unknown denizens. But all that changed when he took up free diving upon the advice of a close friend. “I had to train first. I went to Apo Reef in the Philippines the first time I did it and saw a huge sea turtle. Wow! The world beneath the waterline was so majestic. It mesmerised me.”

While his new passion led him to discover life beneath the sea, it also exposed him to the destruction humans have caused through garbage and plastic. “I saw creatures wrapped in plastic. We are destroying the environment with the deeds of the bad and the inaction of good people. Now, when we go free diving, every dive is a clean-up dive.” LA is hopeful every time he visits coastal communities that he can get to talk to locals on subjects like community-based waste management systems, and with other people who are equally passionate about preserving the environment.

LA is fortunate to have discovered his calling early on. He is excited for what is in store with humanitarian work through the enabling power of technology. “The AHA Centre has the ‘minds’ to build and impart more knowledge, develop artificial intelligence and machine learning towards finding solutions.” Through the AHA Centre, he hopes that ASEAN countries will become self-reliant, stronger and more resilient in dealing with whatever challenges the future holds. 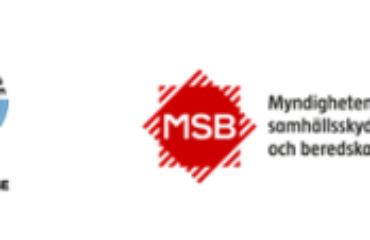